More
Home > About Us > Our Yacht Sales Team

Driven by a dedicated team of highly experienced sales 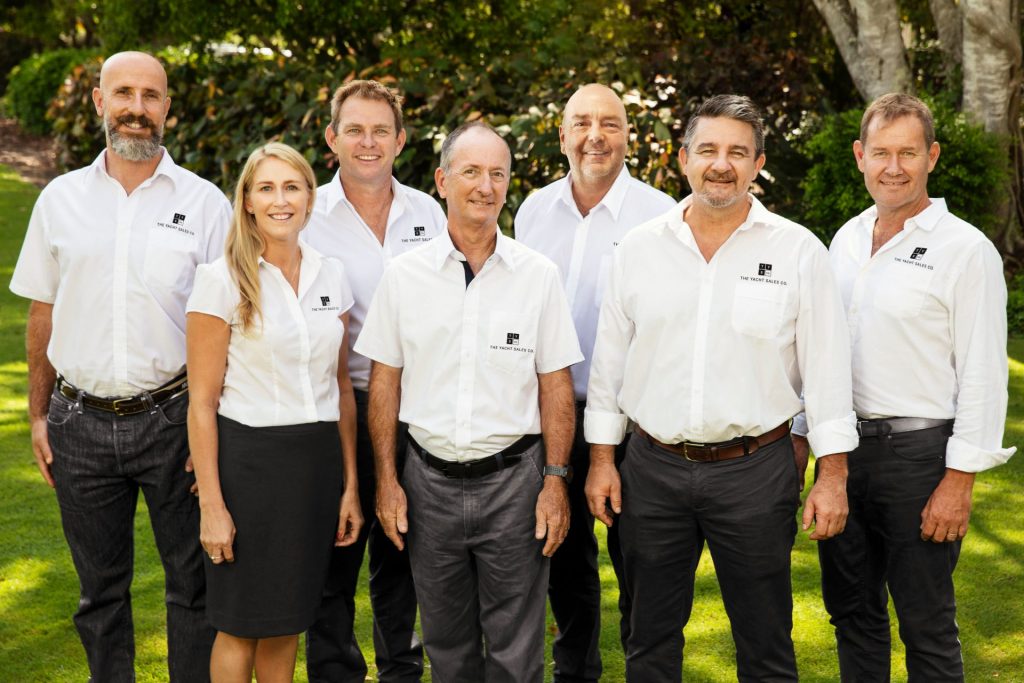 professionals, The Yacht Sales Co has a network of sales centres  throughout the  Asia Pacific region.

Founded by marine industry expert Mark Elkington, The Yacht Sales Co is set to follow the enduring success of Multihull Solutions, which Elkington established in 2008 and has since become the region’s leading multihull sales specialist. 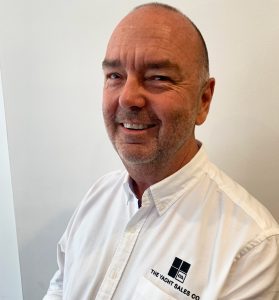 Bob Vinks is a stalwart of the marine industry with an ocean of boating experience, including  38 Sydney Boat Shows.

He began his career with retail sales of dinghies, sailboards and trailer sailors, before he progressed into the yacht brokerage scene at an early age.  After experiencing the charter world in the Mediterranean as a skipper, Bob returned to Sydney Harbour and the world of yacht brokerage.

He then became the owner of Northshore Yachts, one of Australia’s largest yacht manufacturers, and the company was twice the recipient of Yacht Of The Year, awarded by the Boating Industry Association.

With the increase in yacht imports, Bob moved into brand management of European yachting brands and most recently was state representative in the marine insurance arena.

Now, having joined The Yacht Sales Co as Sales and Business Development Manager, Bob is delighted to move back to his first love of helping people find their dream yacht and looks forward to using his extensive experience to provide professional and honest advice and support. 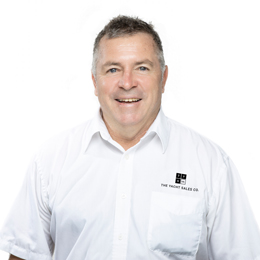 Experienced sailor Craig Malouf has accrued an impressive array of skills across myriad industries throughout his career making him a valuable and versatile addition to The Yacht Sales Co team.

Born and raised in Sydney, Craig is originally an electrician by trade but has also worked in other industries including hospitality and the airlines.

For several years, he was the Team Manager for the racing maxi yacht Nicorette and also worked for Team Scallywag in the Volvo Round The World Yacht Race. He established a Sydney-based company that imported and sold SLAM sailing apparel, and is passionate about getting out on the water or the golf course whenever an opportunity presents. 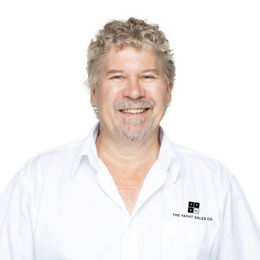 James brings a rich tapestry of experience to The Yacht Sales Co having worked in various industries, including business development, IT, managing an export company and 100T trading ship, and working as a professional yacht broker in Cairns and Mooloolaba.

He developed a passion for sailing at an early age while adventuring on his Corsair dinghy, then later progressed to Lasers and Hobie cats. Since then, James has owned several cruising yachts and accrued an ocean of miles along the east coast and PNG while delivering yachts and racing.

He now brings his experience and skills to help The Yacht Sales Co’s clients realise their own cruising dreams. 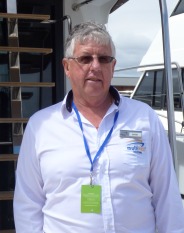 The Yacht Sales Co’s David Smale has been on the water all his life, giving him a unique perspective on the age-old debate of which is best: power or sail.  As a typical teen he embraced the need for speed, buying his first ski boat at 16 and becoming a fanatical waterskier on Western Australian’s Salt Lakes.

Throughout the late 80s and into the 90s, David constructed and managed a waterski park in Baldivis and also introduced Jet Sprinting to the state, constructing and promoting several tracks throughout Western Australia while also racing jet boats throughout Australia, New Zealand and the US until 2002.

He purchased his first ocean-going boat in 1997 – a 38’ Riviera – and subsequently owned numerous power boats until 2013 when he felt a calling to the ‘other side’. In 2013, David purchased his first sailing catamaran – a Fountaine Pajot Helia 44 (#8) – which he had delivered to Australia. A year later, he did it again, purchasing another Helia 44 (#61), this time picking it up ex-factory in La Rochelle. He sailed the cat back to Australia via the Mediterranean, Canary Islands, Carribean, Cuba, Panama, and South Pacific, and then sold her in 2017. He then returned to his roots and purchased a 43-foot power boat but swiftly realised that he had made a mistake and his heart was now firmly fixed in the sailing camp.

He is now awaiting the arrival of his new Fountaine Pajot Lucia 40, and is looking forward to enjoying more idyllic days onboard with his wife of 42 years and two children and grandchildren. 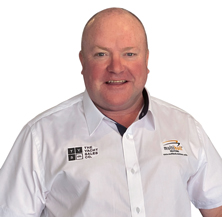 Paul was born and raised in Sunderland in England’s north east, a city steeped in shipbuilding tradition and boating. His love for sailing took him first to Sydney, then onto Thailand and Malaysia where he became an RYA Instructor and Sunsail skipper. He based himself in Phuket in 2004 initially and has lived there with his family ever since.

In 2007, Paul commenced his sales career with Max Marine Asia, Thailand’s Sunseeker dealership where he expanded his power boating knowledge over several years before moving to Asia Marine in Phuket in 2016 where he managed an extensive brokerage division and completed the successful sale of numerous models of power and sail yachts to clients throughout Asia. His impressive experience also includes overseeing a charter and management operation of more than 20 yachts, managing major yacht refit projects, including two 100+ ft superyachts, representing Fraser Yachts in Thailand.