More
Home > Resource Centre > Owners Stories > A day in the life: The sale of “Tommy”

Bob Vinks, our highly valued Sales and Business Development Manager based in NSW, recounts the process for selling a pre-owned yacht through The Yacht Sales Co…

I met the owners of “Tommy”, Lee and Mark at the Sanctuary Cove Boat Show back in 2019. We hit it off immediately as we found out that we lived just 1 km away from each other, but we had also sailed against each other back in the late 1980s sailing in JOG racing out from Middle Harbour Yacht Club.

Lee and Mark called me after discussing with the team at Clontarf Marina that they wanted to sell their much loved “Tommy” a Catalina 375, as they were upgrading to a new power boat. 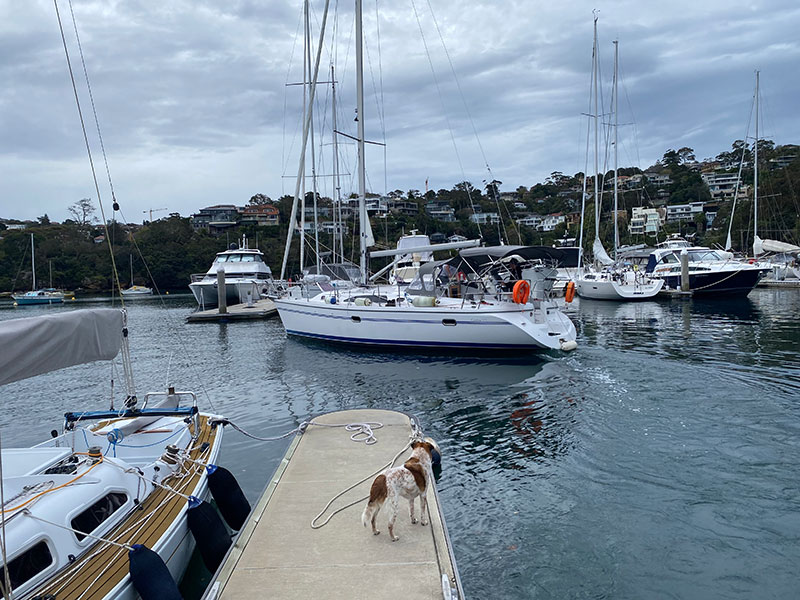 After meeting with them aboard and having a discussion on the process, we listed the yacht and went through the process of taking photos and details so that we could promote the yacht to procure a buyer.

Within a few weeks, we had her uploaded on our advertising platforms, and before long, we were inundated with enquiries from all over Australia.

The first call came from a client who I had been speaking to from the Gold Coast. He had missed out on two other yachts, so he was well conditioned in what to do when he found the right yacht.  He was unable to travel immediately due to work commitments, so I offered to arrange an inspection via Facetime. An hour later, we had another enquiry from a local buyer who was also keen to inspect “Tommy”. So, to make best use of my time, I had arranged to conduct the Facetime inspection on Friday afternoon at 2 PM, and the personal inspection at 2.45 PM. 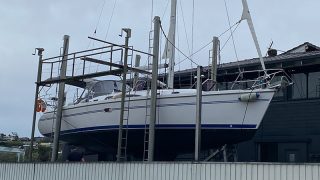 The Gold Coast buyer was very particular and wanted me to show him the bilges, inside cupboards and all over the deck to check for stress cracks. When he couldn’t find anything wrong he was suitably impressed. He asked for my personal assessment which I offered a 9.5/10. I subsequently sent him copies of service invoices that the vendor had prepared.

Soon after, the local buyer came aboard. Again, very impressed with the presentation and condition. He had mentioned that he needed to have his wife make the final call.

Later that evening, the Gold Coast buyer made an offer at full asking price! I sent our offer to purchase forms together with our invoice for the deposit, and he was offered the first right of refusal – subject to a satisfactory survey and test sail.

Today, exactly one week later, we helped with arranging for the requested survey and test sail. 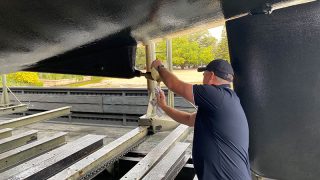 We began by having the yacht slipped by the team at Clontarf Marina – shout out to Ian and Phil. When the yacht was completely out of the water, the surveyor – Gavin Clark, started his inspection of the under water sections. These include the rudder bearings, the propellor and shaft and a general inspection of the hull looking for any previous repairs or delamination. When found to be all clear, the yacht was relaunched. When back in the water, the surveyor conducted his inspection on the deck and below decks, checking every nook and  crevasse. He checked the gally  – fridge and stove, the toilets and all plumbing as well as all the lights and internal structure. There is a lot to find in a 37’ yacht. His inspection took around 4 hours. We also raised the sails and checked the instruments for functionality. 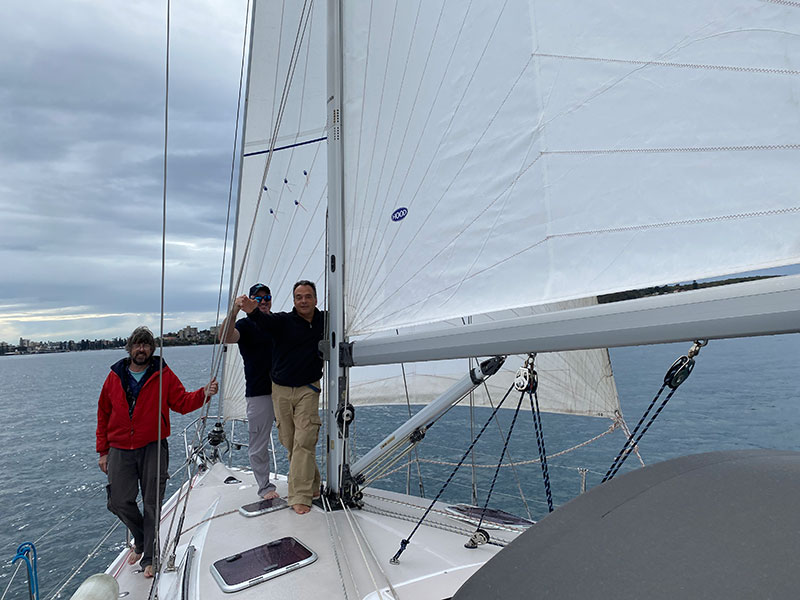 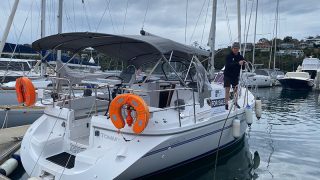 His conclusion was as predicted. A great yacht which passed with flying colours. Funnily enough, his parting comment to the purchaser was “ Mate, you better look after this well loved boat, and she will appreciate in value. I rarely get to see such fine examples of such well presented boats – a credit to the owner”.

As a side note, we had in excess of 35 enquiries on this boat in just one week. We need more like this to cater for our demand. Thanks Team TYSC for helping with this sale. We couldn’t have done this without you.