The newest model from this innovative builder raises a smile. 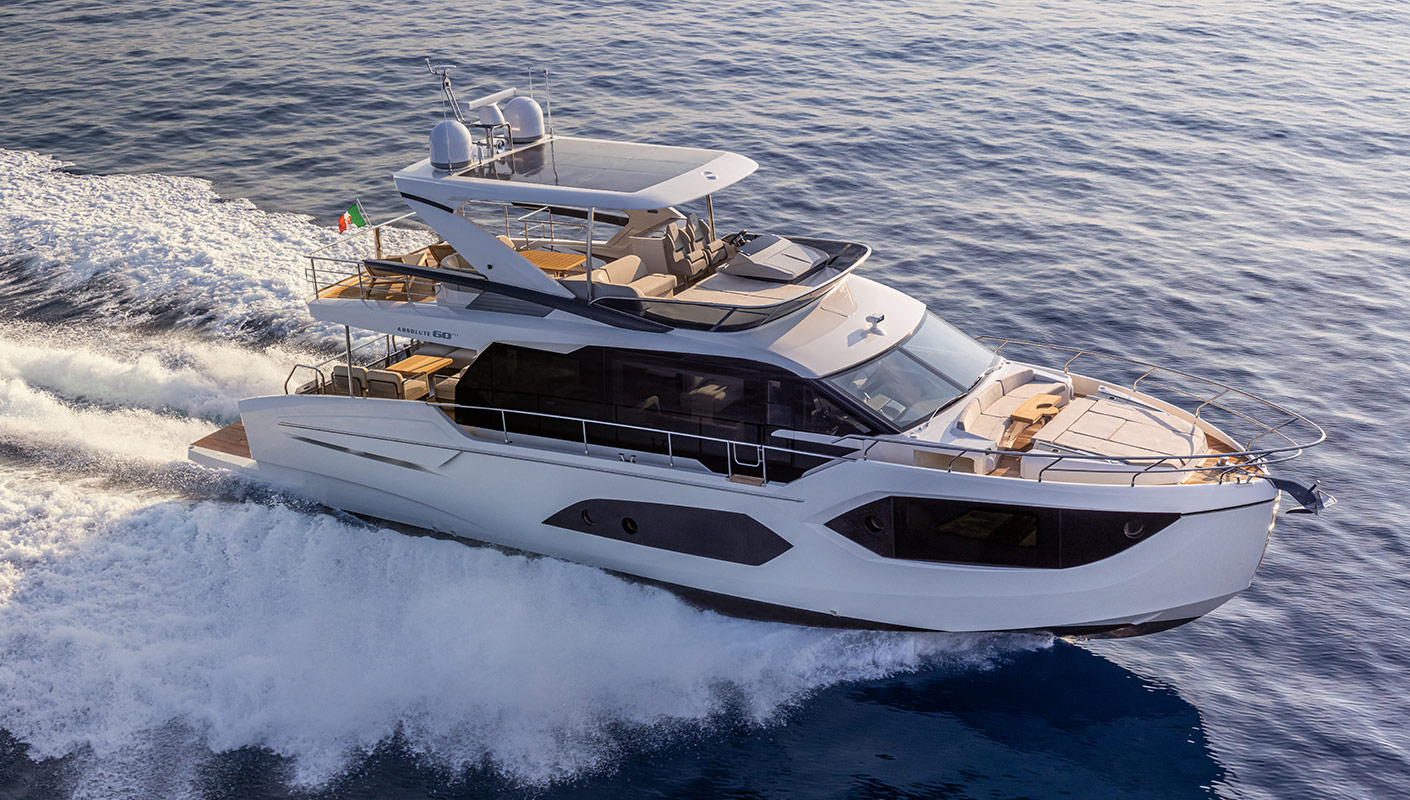 When stepping aboard a brand-new model for the first time, especially one from an innovative European yard like Absolute, I always look for some unexpected, clever little idea that I haven’t seen before. There is usually something to raise a smile. It just might take a while to find.

This was definitely the case at the unveiling of the new 60 in the fall, because there was so much other stuff to grab the attention. The glass aft panels to the cockpit might not be an original Absolute idea, but the expansive views and exaggerated sense of space that they create were certainly used to great effect, and they were echoed upstairs on the flybridge. Modular exterior furniture can be easily rearranged to serve the needs of the moment.

Then there was the full-beam forward owner’s suite, which like on Absolute’s smart and spacious Navetta designs, sits on its own raised deck level, conferring the benefits of extra volume and bigger windows, not to mention a usefully large service and stowage area beneath, which is accessed through the VIP suite’s wardrobe. 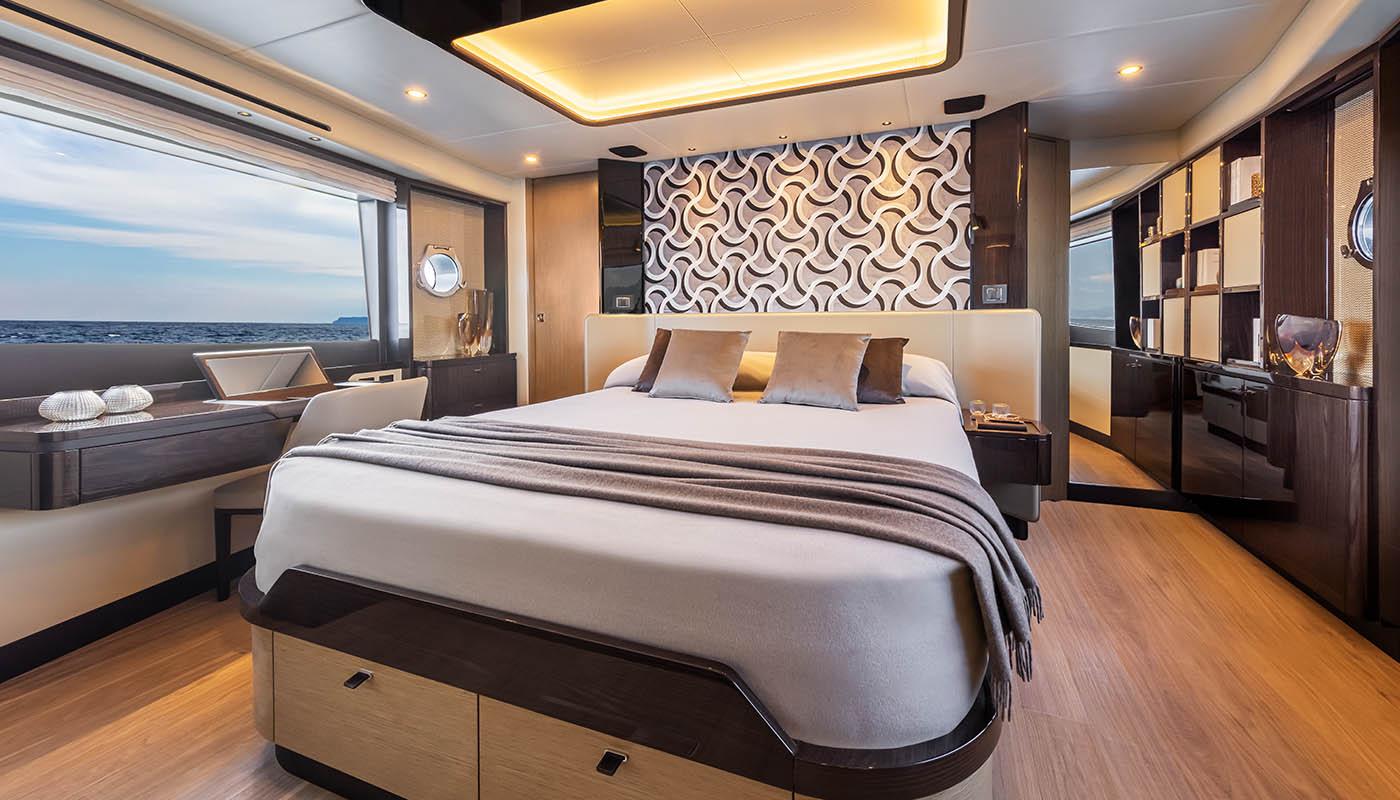 The 1.5-kW solar panels on the hardtop are a standard fit, and are not just for topping up the batteries. On our sunny morning, the screen at the helm showed that they were fulfilling the demands of the lights, which were mostly switched on, and the entertainment system, as well as the helm instrumentation. In real life, you wouldn’t be wasting amps on the lights and the panels would be keeping the fridge going too. There’s also a bimini up there to shade the aft end of the flybridge, and the option of another big one over the cockpit that unfurls all the way aft to carbon poles at the far corners of the swim platform. Blinds can also be lowered at the cockpit sides. 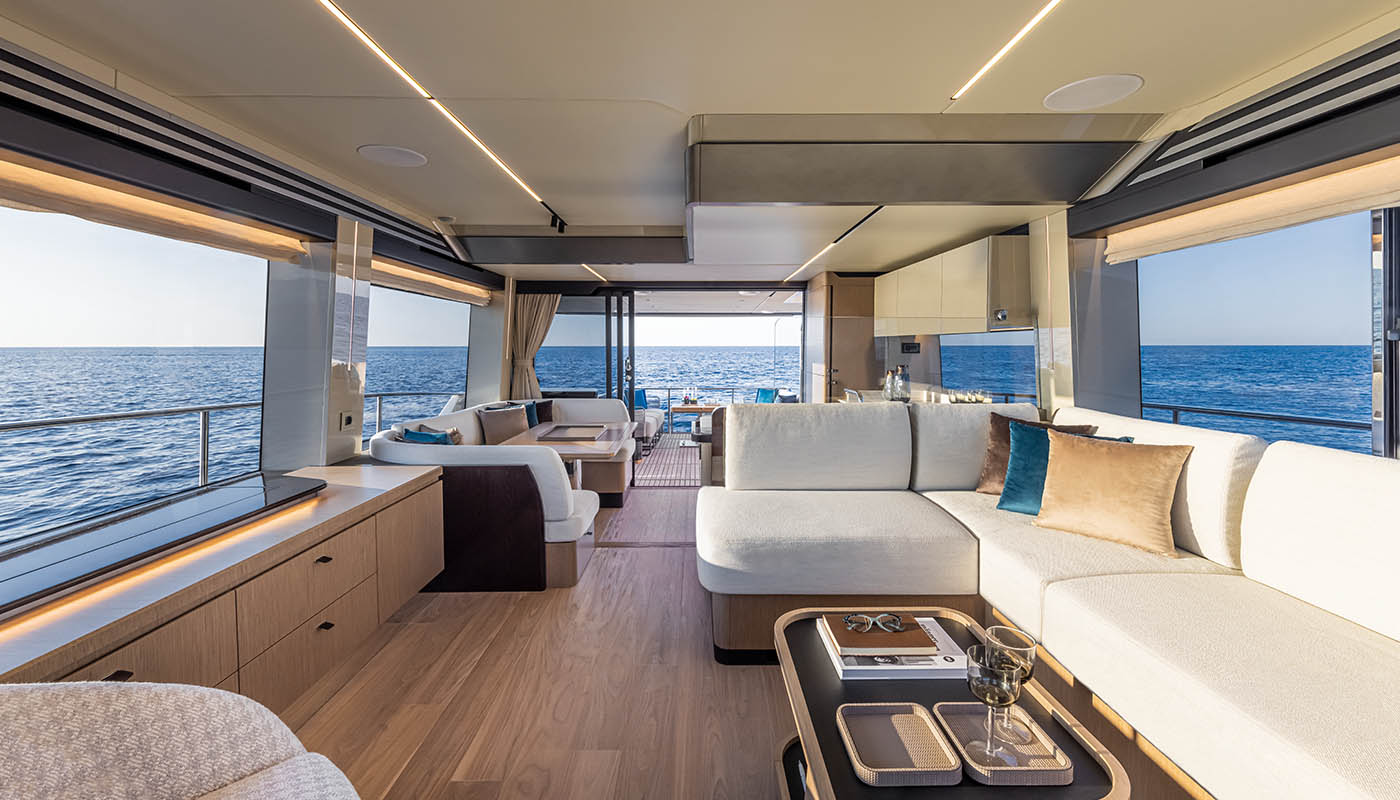 Between the lower helm station and the aft galley, the starboard side of the salon is offered in several possible layouts, combining sofas, armchairs and sideboards according to your requirements. It was obvious from the amount of glass on all sides that visibility from the lower helm under way would be exceptional. The lower deck  accommodation is fixed, but sensibly confined to the roomy master forward, a VIP suite on the starboard side which is almost as spacious and a comfortable twin to port. Sliding doors (there are five on this deck alone) save huge amounts of space.

There is also just one engine option, a pair of 725-hp Volvos on IPS drives, which reside in a fairly packed but nicely organized machinery space accessed through the crew quarters. Absolute’s
test figures suggest that the 60 will offer a solid 29-knot performance, burning about 60 gph at a comfortable cruising speed of 24 knots and 47 gph at 20 knots. 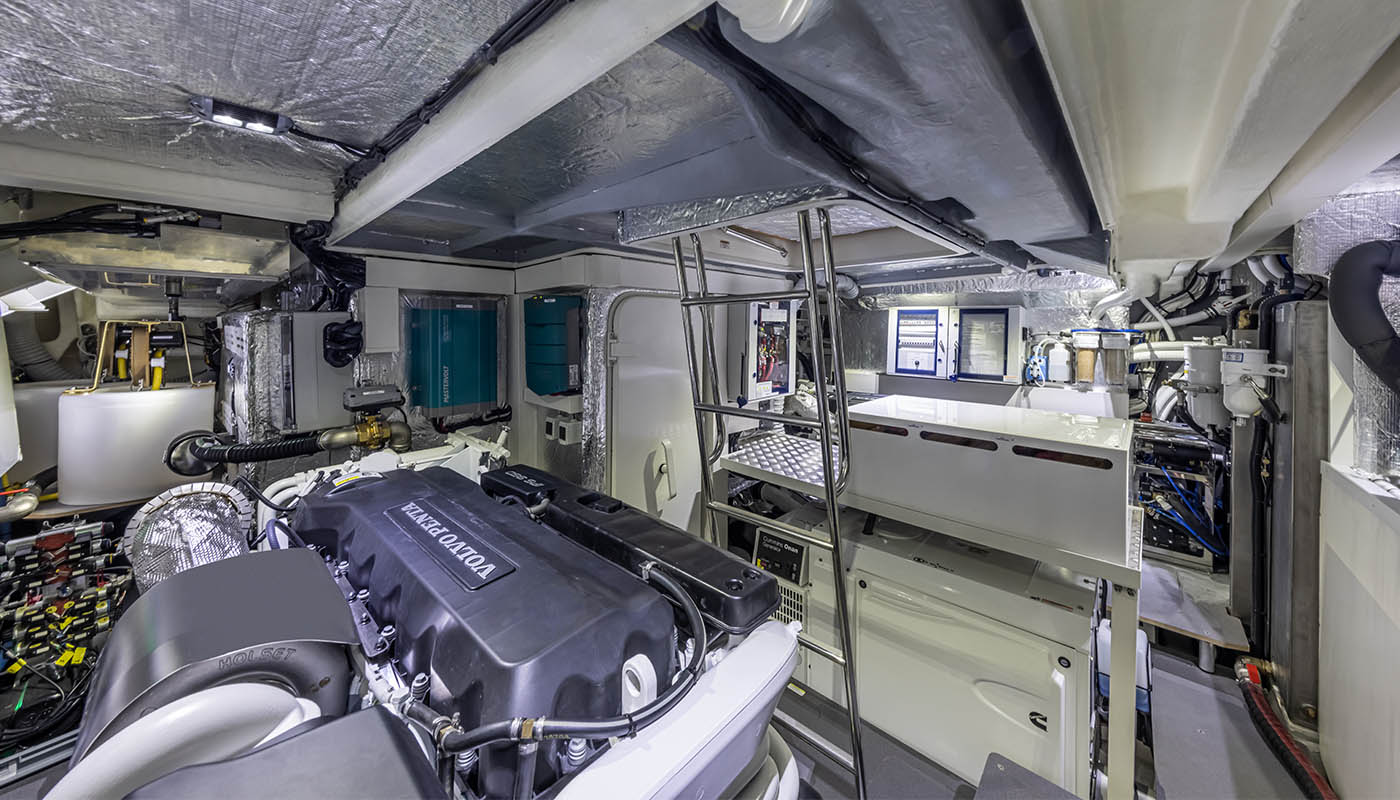 Emerging once again into the sunlight, I was still looking. I knew it must be there, and finally, at the flybridge wet bar, I found it. Corian sink lids look nice, but they’re heavy. What do you do with it when you’re using the sink? On the Absolute 60, you hang it by its finger-hole on the hook provided, where it dangles between the bar and the helm seats, safely out of the way.

Like I said—clever, little, unexpected and it raised a smile.